Does the Gravitational Constant depend on Latitude?

Newton’s Gravitational Constant has been the subject of controversy for decades. The measurements are very hard. The CODATA value’s uncertainty has been revised upwards and downwards, and may soon go up again. Three recent measurements ( <– three links here) have added tension. All three disagree with one another, and two disagree strongly with the accepted value.

There have been suggestions by theorists that the value of G might vary spatially on Earth’s surface. It’s difficult to reconcile such a notion with other precision tests of gravity, but there’s no substitute for experiment.

The data used for these plots are from the experiments noted here. The latitude and longitude are approximate and use the google maps datum.

Can the new precision experiments’ disagreement be explained by spatial variation? For model-independence I don’t attempt any fits. Plots will have to do. 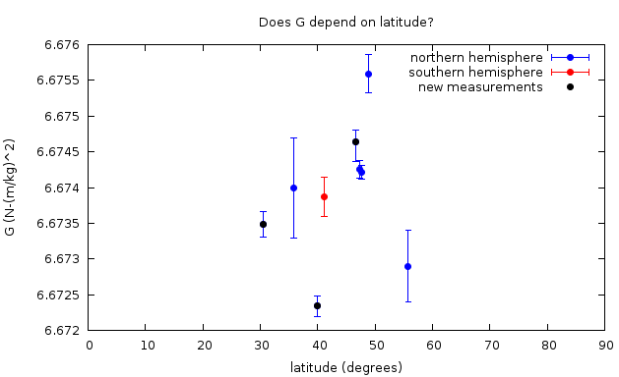 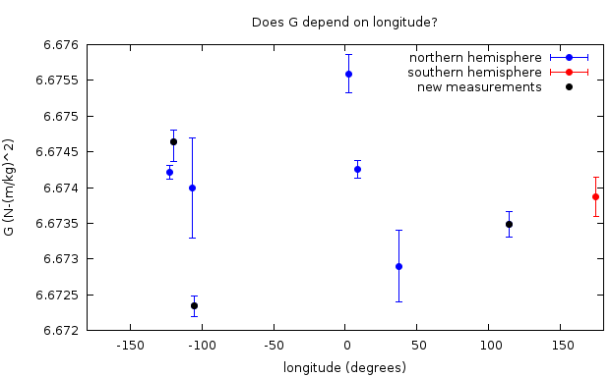